I’m a firm believer in collaboration and I’ve blogged about this on several occasions.

Making an effort to connect with cousins is a way that you can extend your tree and find out what happened to those lost branches. I especially like to collaborate because often it gives you an opportunity to gather family photos that you don’t have, as well as being able to reciprocate to your cousins.

My first experience with collaboration was only a few months after I started my re-introduction into genealogy. (See about). I was on a site called Genes Reunited and made a connection to a cousin in Brighton from my father’s grandfather’s side of the family. At the time my genealogy society was planning a trip to England and I had decided I was too much of a newbie in genealogy to attend. But after connecting with Gordon (we wrote every day for several months), I decided maybe I should go.

I never regretted my decision. I was able to not only connect with Gordon and his siblings (more cousins), but I also was able to able to connect to relatives from my father’s grandmother’s side of the family. They toured me to so many important family locations. 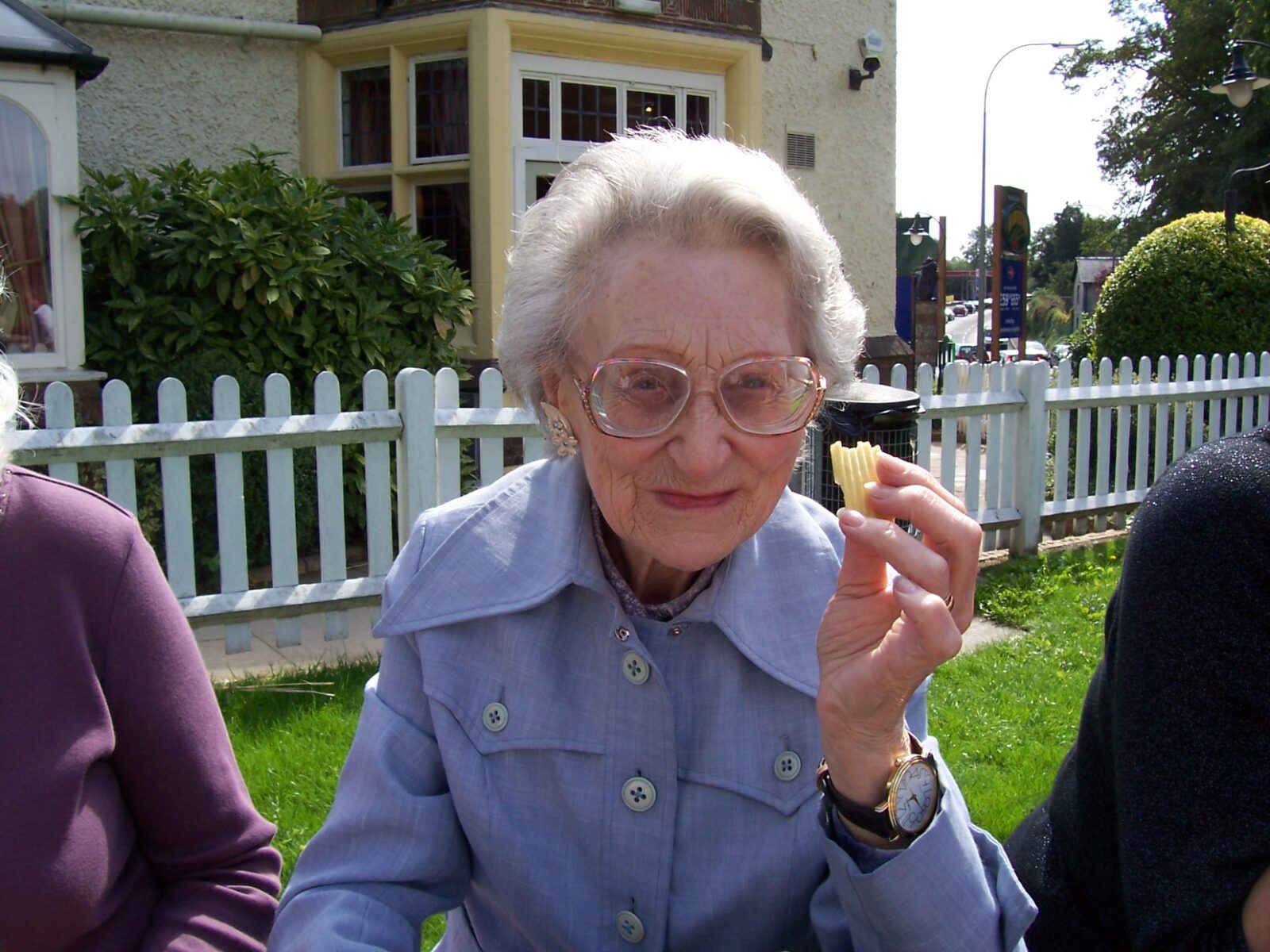 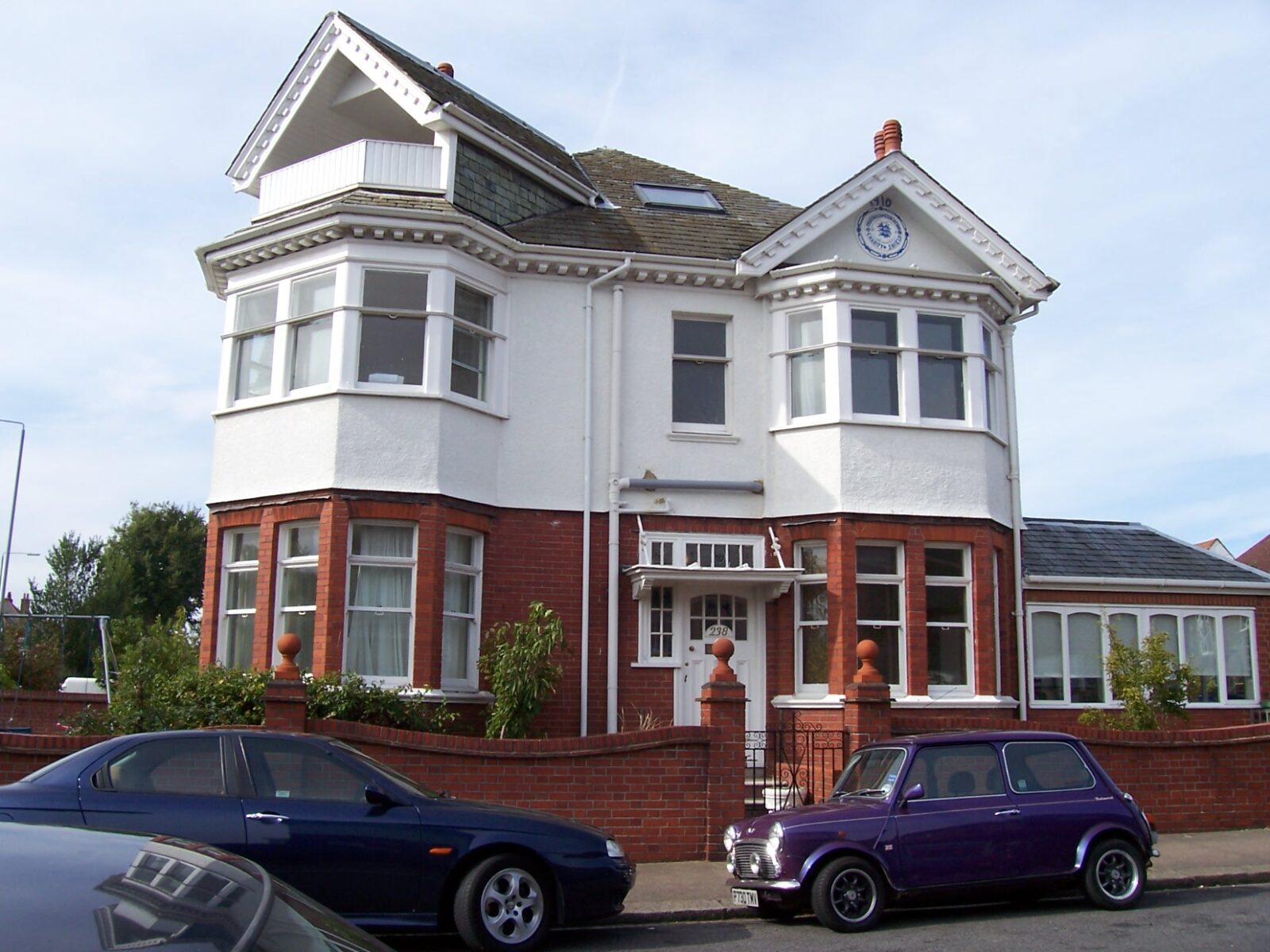 My next experience was a few years later when one evening before Christmas I was searching for information about my 3x great grandparents; Caroline and John Shannon and came across a grave in Ontario. I decided to send an email to the local genealogy society asking for further information. I received a reply from the Vice President of the Society and was told I might want to connect with their President; Ron Shannon. That’s right; Ron was the president and my cousin. Ron’s first note to me said;

“John Shannon is my Great Uncle, and I have the complete history of John plus half of his 11 children.”

Not only did he send me the family history, but there was a photo of a woman who I’d had for over 35 years. I never knew who she was and now I knew her name; Mary Jane Shannon. As a teen when my grandparents died I got several of the photos, no one knew who they were. I still thought they were cool, so I saved them. (Someday I hope I know who the others are). Imagine my surprise when I turned the pages of Ron’s book and there she was Mary Jane Shannon; my great grandmother’s sister. 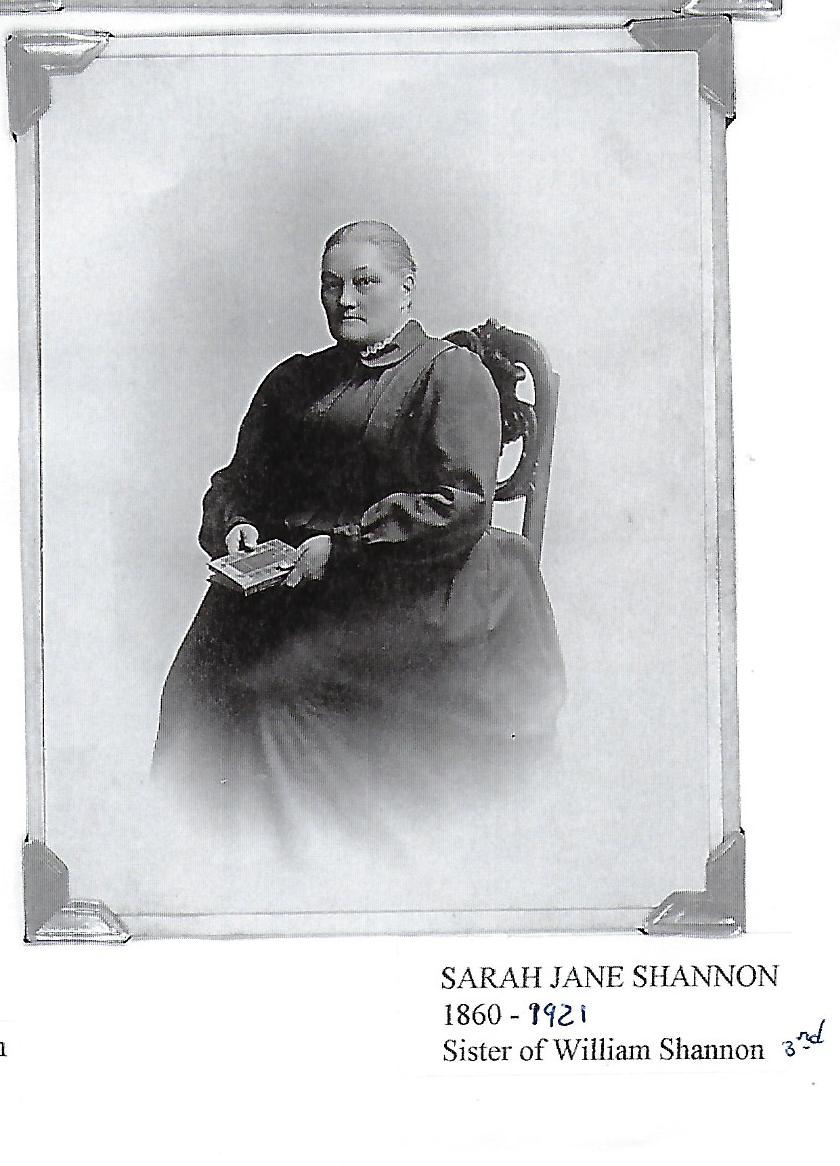 Every time you connect with a long-lost cousin you are given an opportunity to give as much as you gain. Two years ago I met Ken, a second cousin from my mom’s side of the family. He lives in Yellowknife, NWT, Canada but we actually meet each year in Arizona where we both spend time warming up from Canadian winter. A couple of weeks ago he sent me some photos that he had in his collection; including one that he called “mystery photo.” For him, this photo contained people that he didn’t know  For me, it wasn’t even an issue. I could identify everyone in the picture as my mom had the same photo and she’d identified everyone to me. 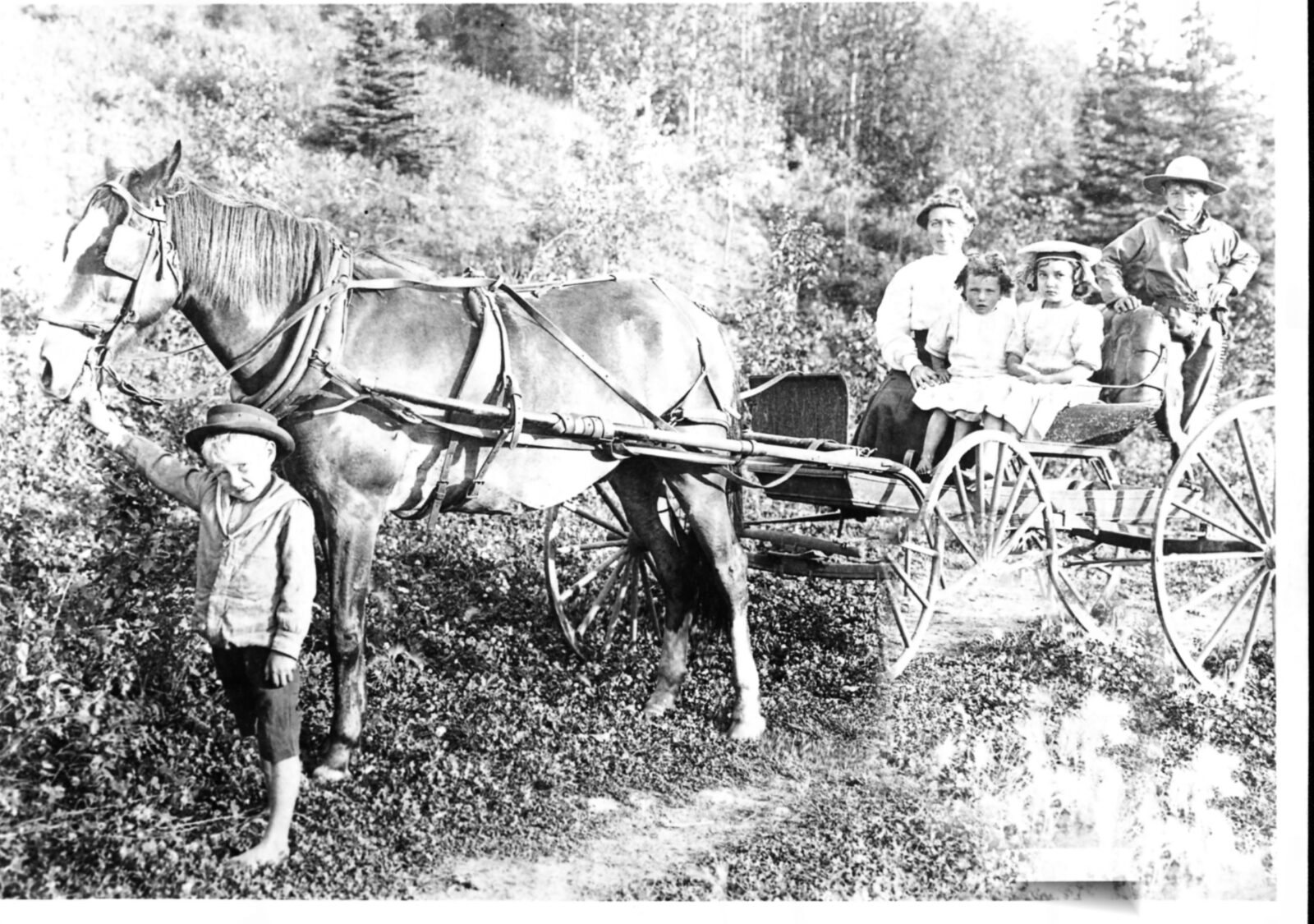 Finally, my last collaboration story is only a few days in the making. While sifting through my emails, I came across a message from a person through the Genes Reunited page. I’m ashamed to say that it had been sitting there since February 9th. This is a good example of why you shouldn’t write off that cousin who don’t message you back. Perhaps their email has gotten away on them as mine does from time to time. In my defense, I get a lot of emails, but I know I need to do a better job after this experience.

The connection ended up being with Leo; my 3rd cousin 1x removed. So for the past couple of days,  we’ve been exchanging information through Genes as well as through Facebook. I now know more about his branch of the family, and he has also sent me a photo of a watercolor that his grandfather had painted. 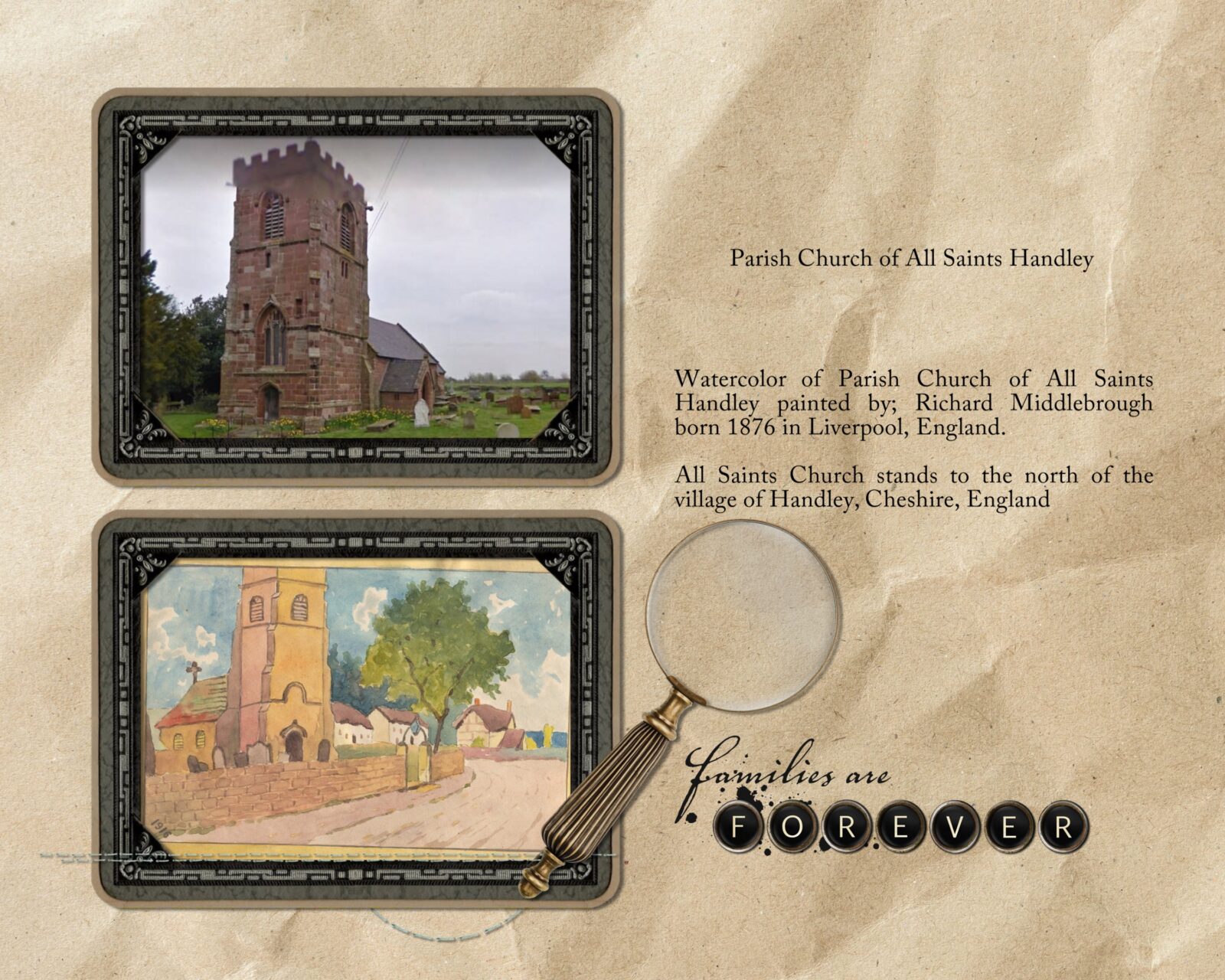 I know some people have bad experiences as well. Occasionally I’ll reach out to someone about their tree or their DNA, and I don’t get a reply; I know it can be easy to think it’s because they don’t want to have anything to do with me. But perhaps it’s because they didn’t get the message, or it got lost in a blizzard of emails they have or was sent to spam. There can be any number of reasons. So I suggest you give them the benefit of the doubt and try again. Or see if you can find them a different way such as social media.

I know I keep trying because; “I’m looking for cousins”.

Note; all photos that I did not personally own I’ve asked the family for permission to use them.