Sometimes it’s tough figuring out which topic I’ll post about.. and sometimes, although I don’t think I’m a writer per say.. I sometimes get writer’s block. Well that’s what happened this week and then I saw David Lambert’s (@DLGenealogist) post on twitter and I knew what I was going to write about. The #AncestorChallenge2018. 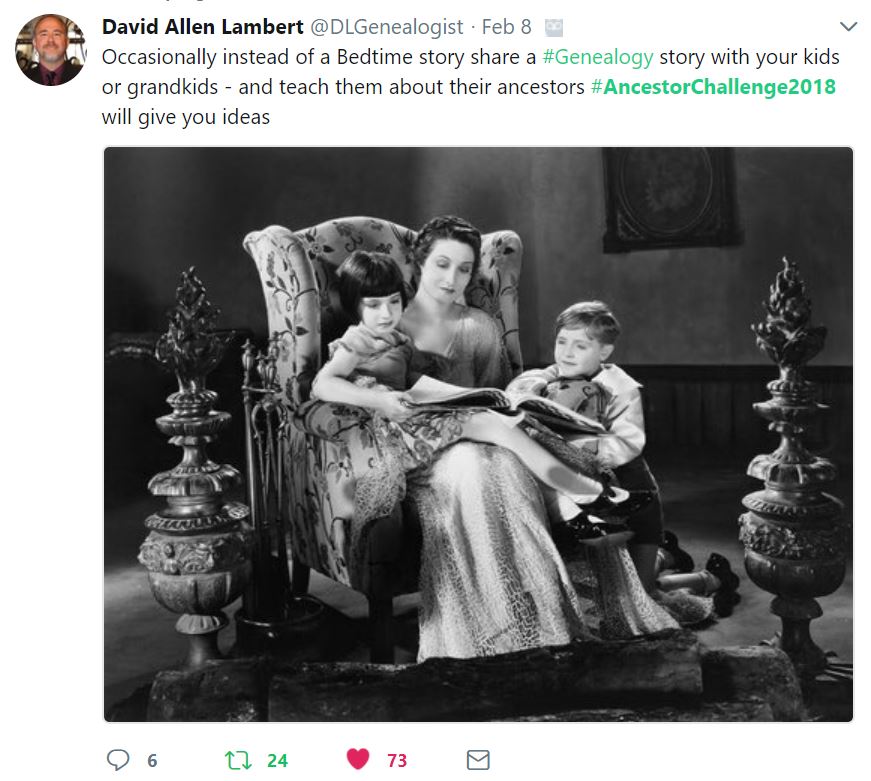 He announced his challenge on December 31, 2017. David is the Chief Genealogist at NEHGS (New England Historic Genealogical Society) in Boston, MA.  and although I haven’t met him I’ve seen him at #RootsTech

So here is my first tweet for the #AncestorChallenge2018 and I hope you’ll join in with one of your own. I think it’s a great way to get your children or grandchildren involved and interested. Who knows, you might even entice a few cousins or nieces and nephews. Maybe even my brothers… ok now I’m just getting carried away.

p.s. I’m sure you knew it was going to be about Willie. 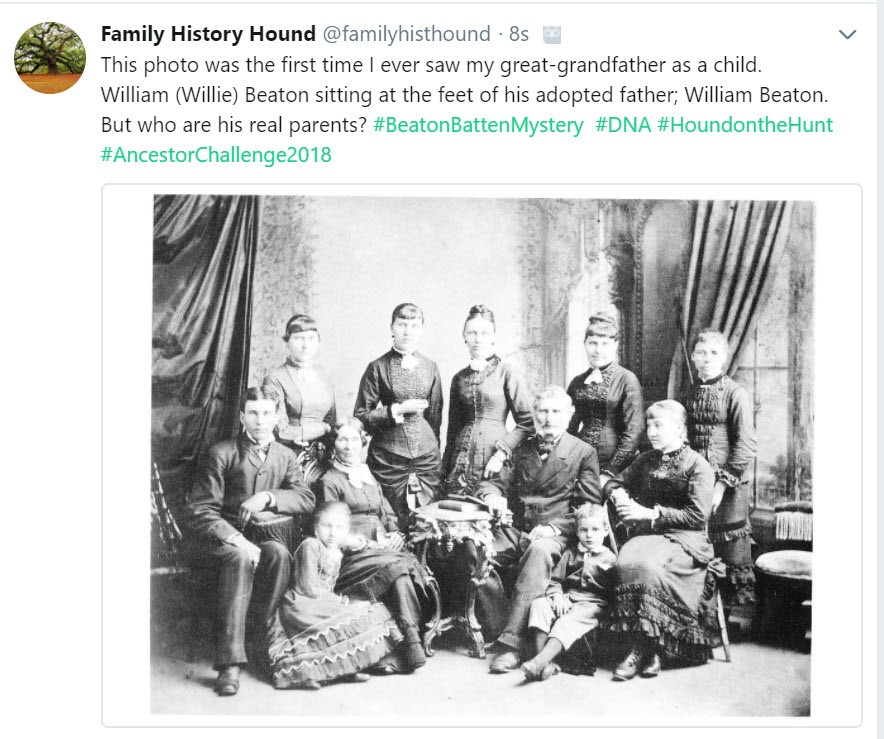