A couple of weeks ago you may have noticed that there was a change in your AncestryDNA ethnicity. Or maybe you haven’t checked lately and it’s sitting there waiting for you to discover.  My ethnicity changed quite a bit. I was always a bit disappointed when I noticed that my husband was more English than I was. After all, I thought that because most of my great-grandparents had been born in England that it was a given. Below is a view of my DNA prior to the change. Of course, I know that this is more of your deep ancestral roots but still. 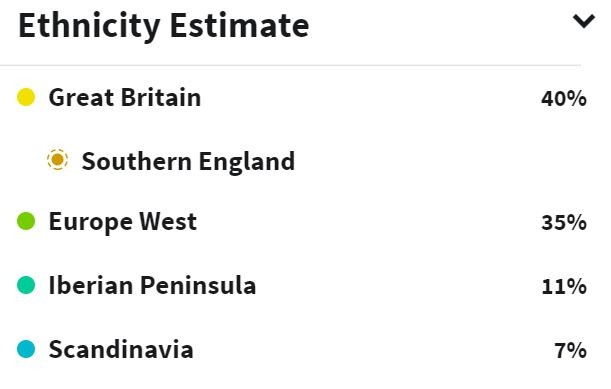 It even gives you a breakdown of what changed.  So you see I’ve now increased to 77% for my English and Northwestern European and my Irish and Scotish has also increased by 9%. I’m no longer just Scandinavian but I have roots in Sweden and I also have some French. I’ve lost the Iberian Peninsula and Europe South.

To me, it seemed to make more sense in what I perceived my ethnic background to be.

If you compare it to what my Family Tree DNA ethnicity reports,  the breakdown looks like the chart below. Which is very similar to what my Ancestry originally said. 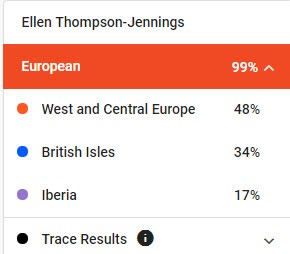 Then I decided to look at my husband Kevin’s new ethnicity. That was a bigger surprise. 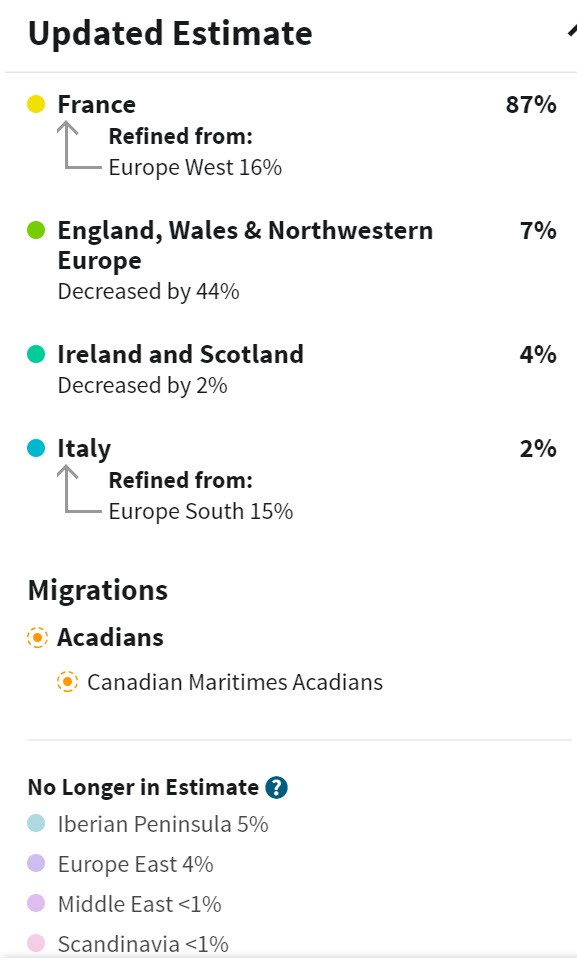 When I think about it shouldn’t be a huge surprise as some of his ancestors have French surnames. I just didn’t think of him as having that much French and I’d have thought he’d have more Italian.

Why Did the estimate change? (from Ancestry)

We have better tools for telling regions apart, especially closely related regions like Ireland and Great Britain. We also have 16,000 reference samples now instead of 3,000, which helps screen out less-likely regions.

What happened to my other regions? (from Ancestry)

We’re all intrigued by unexpected regions that show up in our ethnicity estimate—even if they don’t fit what we know about our family’s past. Here are some reasons why some of those regions may not appear in your new estimate.

Second, with more data, we have been able to narrow down and better define our regions.

Third, DNA analysis is complex, cutting-edge science. We have developed even more powerful mathematical algorithms that help improve the accuracy of your DNA results. It’s like having a more powerful antenna that lets us pick up a clearer signal from a radio station.

Will my estimate change again in the future? (from Ancestry)

It could. As we get more data and the science behind DNA analysis improves, we may be able to provide even more precise ethnicity estimates.

Although ethnicity is the number 1 reason that most people have a DNA test done; to be honest it’s not the reason I’ve had my DNA done or tested so many of my family members (but you know that).  But I do use that interest to convince other to have their DNA tested. It’s a great dinner party conversation and you never know where you’ll find new cousins. After all, I’m always looking for cousins.