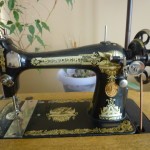 I call them family treasures but some people might call me a hoarder.  Not that I have a lot of old things but I find that some people don’t seem to have the same sentimental streak as I do. One thing that I did realize is that you need to tell people who these things belong to. My son; Jason, might not hang on to things quite the way I do but one time when we were talking about all the “special” things I had,  he asked me; how would he know who they belonged to?  He  makes a good point so that when I started posting photos of the family heirlooms that I had on my ancestry tree and attached the photos to the person they had belonged to.

My approach works for my two sons because I know that if they don’t want these items then they will take the necessary steps to check with cousins and see if there is someone else that might be interested. But for others you may want to make a list of items and who you’d like them to go to and then get in touch with a lawyer; especially if you might have any items that are valuable or things that may be disputed over.  I think it’s a good idea to also let those people know that that’s what you’d like to happen so that everyone is on the same page and perhaps if the person you were giving something to didn’t want it then an alternative can be decided ahead of time. 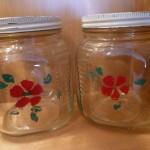 Another approach I’ve heard of is to put stickers on the bottom of the family treasures. I guess this works as long as someone doesn’t go around and move the stickers.

All I know is that it’s easier to make these arrangements before hand and hopefully everyone will be happy with those arrangements. Over the years I’ve heard some horror stories of fighting families bickering over some small items that creates a riff for years to come. I’ve also heard stories of someone being left to deal with the family photos and because they didn’t mean anything to them they tossed them in the garbage.

You can’t always prevent problems such as this from happening but I guess what I’m saying is that you should give it your best shot. 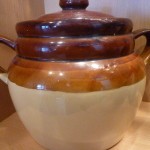