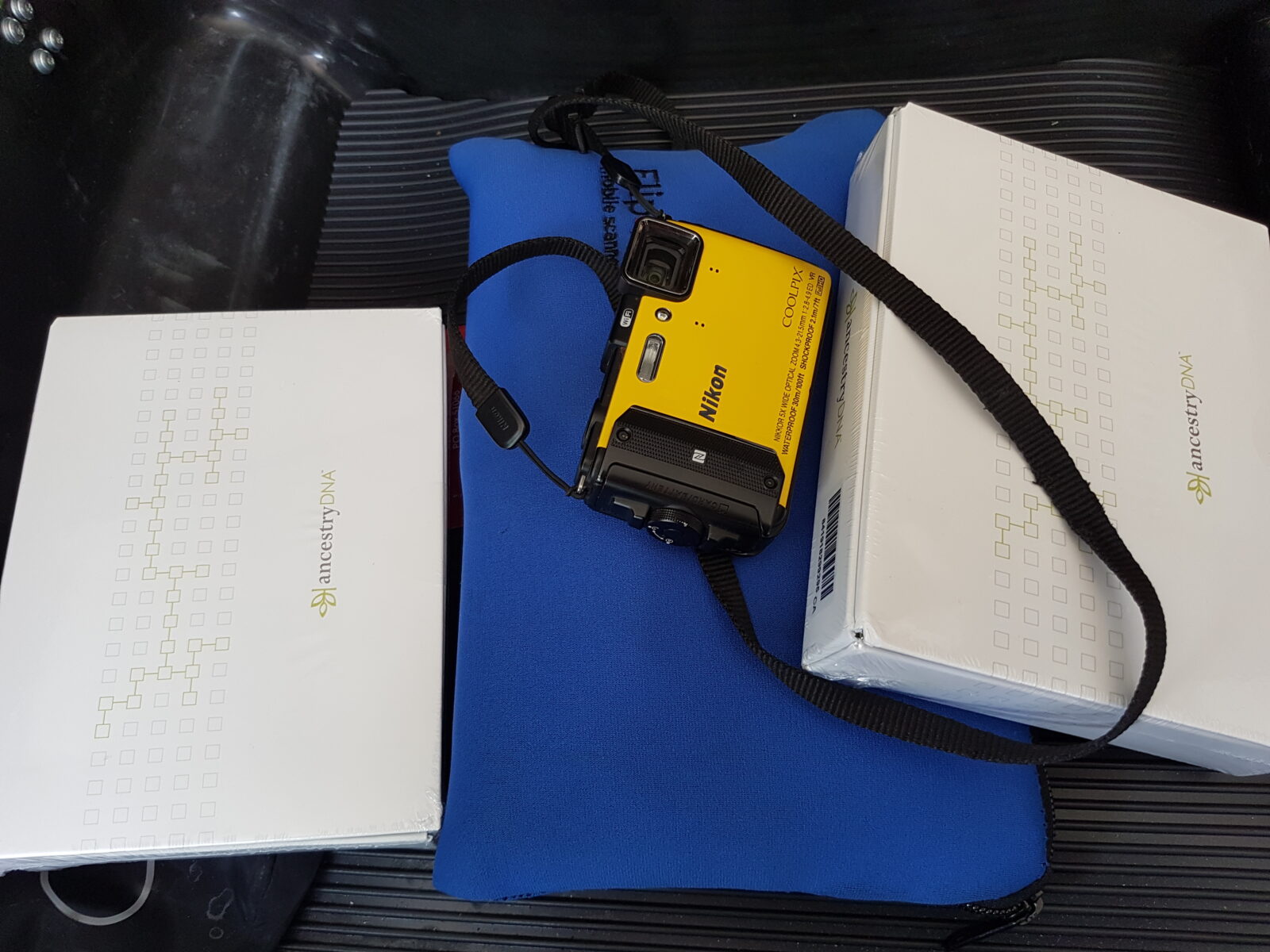 Last weekend I went to my Uncle Ken’s 80th birthday party; Uncle Ken is my mom’s younger brother. My husband and I decided that it was such a warm day that we should take my husband’s new Harley out for a spin so I packed the trunk. I always like to give two cards; one that is a sentimental card and the other is a funny card. What were the other things I packed in the trunk, well, you can see for yourself?

Yes; two AncestryDNA kits, my camera, and my Flip-Pal® Mobile Scanner.  I think it’s important to be prepared for any situation.

As it turned out I had the right idea.  I was able to capture photos of everyone that attended. Even my cousin from New York that I probably haven’t seen for over 30 years. Seems whenever she’s in town we aren’t home.  But finally we were able to connect and I met her husband.

One of the DNA kit’s went to good use as I didn’t realize that one of our family friend’s husband is adopted and she’d been telling him about my interest in DNA. He had decided he wanted to take a DNA test to see if he could find out who his family is. He took the DNA kit home with him and will get in touch once he has his results back. 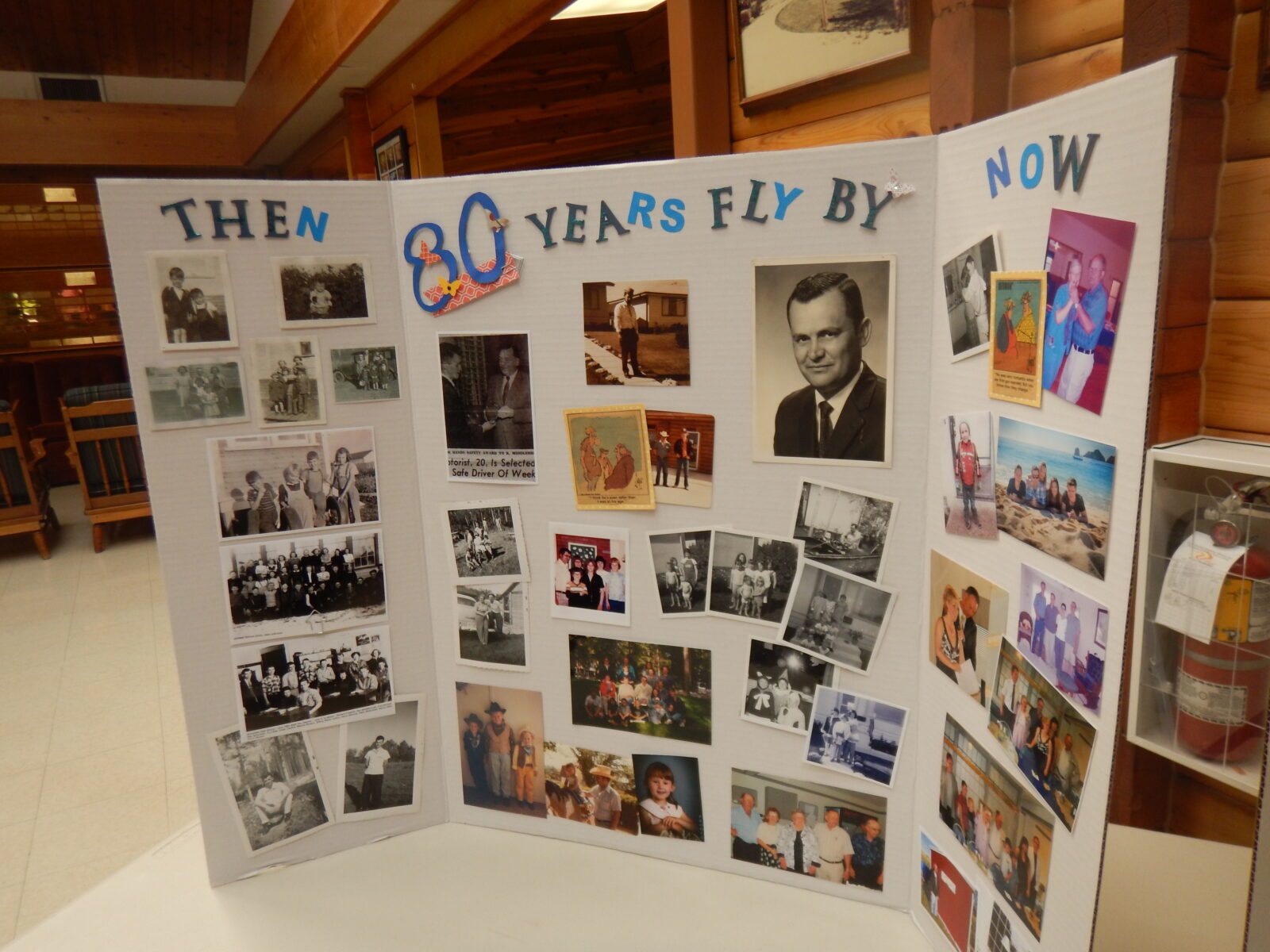 The Flip-Pal was a great idea to take along; because my aunt had created two huge poster boards of family photos. Some that I had and some that I didn’t. After almost everyone had gone home I laid them out on a table and started to scan. I gathered quite a crowd of people who were still there. (I guess sometimes you don’t brag enough to your own family about the cool tools that you sell).

After only a few minutes I had scans of all the photos that I wanted and now I’m able to work with them and add them to my family history and photo collection. So the next time you go to a family get together; whether it’s a birthday party, family reunion or anytime you’re with family, think about what you need to take along.  Whether you use them or not you at least you won’t be sorry because you didn’t bring them along.

P.S. There is still time to enter The DNA Angel Project – Anniversary Edition. Enter by end of day July 21, 2017, Click HERE to enter