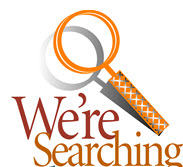 I can’t tell you how many times I’ve used that line.  But when I do use it,  it’s actually true. I’ll get caught up in a hunt and won’t get anything done  (well in the rest of my life dept) because I’ve been working all afternoon on some shaky leaf or record that I’ve found. Thankfully I have an understanding husband who understands when a person has passion about something they love to work on. Don’t ever ask him about spreadsheets … just saying.

Take this afternoon for instance. I arrived home to see that someone had answered an inquiry that I had about a person we had in common on their tree. Much of the reply was the usual; “I don’t know much about them I just have them in the tree”… but this was slightly different because I knew the ancestor had married but had never found out what their husband’s first name was. Or maybe I just hadn’t looked, because suddenly I realized that I didn’t have my ancestor in the 1916 or 1921 census.

From that information about the husband’s first name, I now knew that my ancestor had two children.. Then it was; wow they went to Idaho… why would they go there, hey they took their great-grandmother with them.. and on it went. Suddenly the afternoon was gone.

So no I didn’t get the laundry done and supper won’t be ready when my husband get home.  Heck that wasn’t going to happen anyway.  But I did almost miss going to the gym to meet my friend, and that would never do.

Genealogy need to come with a warning label. “This hobby may get in the way of your responsibilities.” So enjoy….